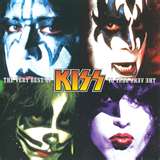 From the looks and sounds of it, Oshkosh’s very first Rock U.S.A., held July 14th through the 16th, was a great success.  I could not agree more.  The weather cooperated, the crowds were well-behaved and the musical line-up was impressive (for the most part).  I give a lot of credit to the event organizers who got the Ford Festival grounds back into prime shape after a horrendously muddy Country U.S.A.  In addition, they had to contend with other popular festivals happening the same weekend, such as Rockfest in Cadott, WI.  Despite being the newcomer, Rock U.S.A., 2011, did just fine; at least enough to say that it will return again next year.

First, the highlights.  Except for the headlining 11:00 p.m. acts, the rest of the bands kept their sets to about one hour.  I thought this was perfect.  To be honest, I’m not the biggest Lynyrd Skynyrd fan, however their live performance was inspiring…and it did not hurt that I knew every song.  That’s what happens when performances are kept to an hour:  the fans get what they want.  They don’t get too much dead air, they don’t get any obscure songs, and they don’t get any political ramblings (hellooo Stevie Wonder a few years ago at Summerfest).  Most of all, they don’t get much “new stuff” that the band is trying out from its upcoming album.  Don’t get me wrong, I respect the talent and success of these bands, but if their last big hit was twenty years ago, I don’t have much interest in any new song.  In the immortal words of Homer Simpson at the BTO concert, “No talking, no new stuff, just Takin’ Care of Business!”

Other notes about the acts:  Buckcherry was a high-energy crowd favorite, and I’d love it if they came back next year.  Journey was very good, but it had a strange dynamic.  While it’s true its new lead singer’s voice is spot-on Steve Perry, the rest of the band awkwardly looked like his much older (non-Filipino) great uncles, smiling proudly at their tiny nephew jumping around the stage.  KISS delivered everything that its devoted fans wanted:  all their hits, tons of pyrotechnics, lots of Gene Simmons’ tongue hanging out.  Sadly I was a bit too young to know their earlier stuff, so I only knew the last five songs.  However, the entire spectacle of KISS made that a mute point.

And then there was Daughtry.  Sigh.  Poor Daughtry.  Chris Daughtry is a wonderful singer and I’m sure he’s a good person, but Rock U.S.A. was just not the right venue for him and his band.  The entire weekend seemed to be a mix of classic rock and new rock, but Daughtry was just too mainstream for the audience; he did not fit.  This was a WAPL crowd, and Daughtry was just too “WIXX-y”.  In my opinion, WIXX should not have had anything to do with the event.  And so, faster than you can say Ryan Seacrest, Daughtry’s performance just fell flat.

As for the lowlights, there were few.  Sadly for Korn fans, the sound went out several times later in the band’s set.  This cannot be blamed on Rock U.S.A. since I believe Korn travels with its own sound people.  However, it’s a shame that the band could not come back on and re-perform a few songs.  Secondly, the VIP and reserved seating areas were simply too big; almost every band commented how far away the general admission area was, and that made for some awkward empty chairs during the afternoon acts.  I would suggest getting rid of the extreme far right and left seats in the VIP area since they are obstructed view anyway.  (I would also suggest to anyone that it is more than worth it for the VIP seats:  great views, free delicious meals, free snacks, free drinks, plush bathrooms, a special tent…yes, it’s worth the extra money).  One tiny suggestion for the VIP tent:  offer hand sanitizer and make shirts required for patrons going through the buffet line.  It would also be nice to have had a “countdown clock” so everyone could have seen how much time was left before the next act.

With any event like this, there are highs and lows, but my husband and I were convinced enough by the highs that we already locked in our tickets for next year.  Visit www.rockusaoshkosh.com to vote for acts you would like to see next time.  And again, congratulations to the organizers for making the first Rock U.S.A. a success.